Go beyond the headlines for rate hike reality

Some Californians got good news last week about the price of their health insurance. But as always, it pays to know the details.

Covered California, the state health insurance exchange, announced that its premiums will rise by a weighted average of 4 percent next year. This year’s increase was 4.2 percent.

Both were welcome surprises after double-digit rate hikes in recent years.

However, the increase — or decrease — in your premiums will depend largely on where you live. And plan changes next year will lead to more out-of-pocket costs for some people, less for others.

Today, I’ll explain what you should look for as you consider your health plan options for 2016.

And no, it’s not too early to start.

Covered California attributes the modest statewide rate hike to several factors, including its role as a strong negotiator that chooses – and rejects – plans, and its diverse and healthy pool of enrollees.

But rates will vary wildly by location. In the region that includes Monterey, Santa Cruz and San Benito Counties, the average weighted rate hike next year will be 12.8 percent. If consumers shop around and switch to the lowest-priced plan in their metal tier (more on that later), the average increase still will be 8.7 percent.

Look south and the weighted average increase in San Bernardino and Riverside Counties will be 1 percent. If you switch to the lowest-priced plan in your tier there, you will see an average decrease of 12.3 percent.

Covered California Executive Director Peter Lee attributes this in part to “the dramatic consolidation amongst hospitals and medical groups in Northern California,” meaning that insurers in the north don’t have the same bargaining clout to drive down medical charges as they do in the south.

For 2016, Covered California tinkered with its benefits and cost-sharing across its metal tiers, says spokesman James Scullary. Among the changes, look for increased copays and deductibles on the one hand, and new caps on how much you’ll pay for specialty drugs on the other.

The biggest changes were to bronze plan benefits.

Bronze plan holders currently have a total of three visits to primary care doctors, mental health providers and/or urgent care that aren’t subject to the deductible. (You’re still responsible for a co-pay, however.)

In 2016, you can add specialists to that mix. Also, lab tests and outpatient rehab, along with some other services, will no longer be subject to the deductible.

(Note: These changes do not apply to bronze plans linked to a tax-advantaged health savings account).

At the same time, the deductible for individuals will increase to $6,000 for medical costs and $500 for drugs, which equals the plan’s $6,500 out-of-pocket maximum. (Double those figures to get the family limits.)

And starting in 2016, it will become more expensive to go to the ER. You will have to pay 100 percent of the cost until you reach your deductible, or as much as $6,000 out of pocket. Same goes for hospital stays.

These changes solidify the bronze plan’s identity as catastrophic coverage best suited for healthy people who have money saved in case of an accident.

“Bronze is not a very useful product unless you make enough money that $6,000 doesn’t matter to you, or unless you expect to be very healthy,” says Beth Capell of Health Access California, a health care consumer advocacy group.

If you’re one of these people, see if you can stretch your budget to buy a silver plan. You won’t have to pay as much out of pocket if you need health care, and you may even qualify for additional subsidies that reduce your out-of-pocket costs, which are only available to silver plan holders.

“We wish bronze didn’t exist,” Capell says. “But so long as consumers have the option of picking the bronze plan, they need to consider really carefully that it’s not just about the premium.”

You don’t need to wait to start doing your homework. Beginning this week, Covered California’s online “Shop and Compare” tool will be updated with 2016 plans and rates. You can find it at www.coveredca.com and can plug in your income to explore your options.

Don’t assume that staying with your current plan will be the best choice for you or your family, even if it’s the easiest course of action. As the health insurance market changes, so must our insurance-shopping behavior.

As Myles Pappadato, managing partner at Quotebroker.com in Valencia, notes: “We’ve moved into a new era where we need to shop for plans every year.”

One caveat: Next year’s plans and rates are pending regulatory approval. 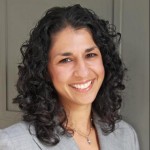